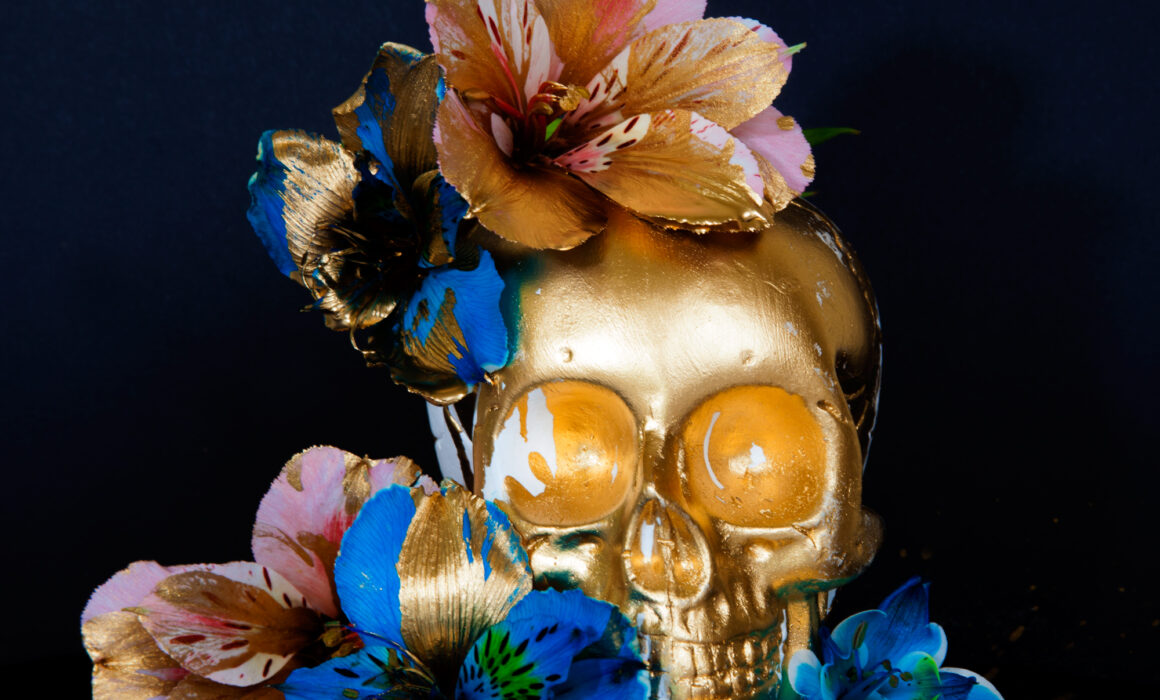 Hello Paula and welcome to Peripheral ARTeries: we would like to start this interview with a couple of questions about your multifaceted background. You graduated from the Chelsea College of Arts and Design (University of the Arts London) with a Postgraduate Diploma in Fine Arts and you also hold a Bachelor’s Degree in Museum Studies. How did these experiences along with your internship at Marc Quinn Studio influence the way you currently conceive your works? And in particular, how did the years you spent in the United Kingdom inform your cultural substratum? […]

My background in Museum Studies deeply influences my current artistic practice and the subjects I focus on, but I also think that particularities of my country of origin awakened these interests in the first place: Argentina is a country with a vast amount of European influence, my own heritage is an entangled mix of Spanish, Italian and French forefathers. Interestingly, I also learned that in both sides of my family we also have native ancestors, something that seemed very unlikely. These facts have always raised questions about my own identity and on how to stand politically, ideologically, and even emotionally regarding the originary cultures of America in relation to the process of “colonization”. […] They have also made me question several aspects of the European-centered vision of the world on which I was raised. By the time I moved to England, this ambiguity in which I felt involved, opened up to a whole new level of complexity in a cosmopolitan city as London. I became aware of other ongoing processes of interculturation and post-colonial relationships. […]

Recently, I went through another process of relocation as I moved to California. I am still processing this whole new perspective of the world and starting to incorporate the experience into my practice.

Summing up, the paths I have taken and my personal research shaped my interest in the material and intangible cultural heritage […] and how they interact with globalization as a contemporary phenomenon. Themes as interculturation and syncretism, otherness, and local and foreign perceptions are recurrent themes. […]

What are the properties you are searching for in the materials that you include in your works?

In the same way I tackle themes determined by metamorphosis, ambiguity, and change, I believe this is reflected in my aesthetics, where the decision of mixing media plays an important role.

I think it reflects my vision of the contemporary world and shows how I perceive it. I fought against this ‘lack of labeling’ but I have come to understand the need to embrace this means of expression as a constitutive aspect of my work and myself. I would call it media syncretism. […]

Would you tell us something about the importance of symbols in your practice and their relationship to memory? […]

[Symbols, in my work] are merged amongst them and play in conjunction with other rhetorical devices. I tend to use them appealing to their enunciative value.

Memory, in my work, articulates past and present as a bridge. It is important to reflect also on collective memory, which plays an important role in my work […] It is neither a fiction nor a mere metaphor but refers to a web of symbols formed through communicative interaction, reaching as far as that sphere of interaction does. […]

Do you consider the issue of audience reception as being a crucial component of your decision-making process, in terms of what type of language is used in a particular context?

I do not think about the reception of my work when I making it. Actually, it is difficult for me to have that kind of empathy with the public, although I enjoy getting to know different ideas and perceptions my work evokes once it is displayed. I might think the direct involvement is related to some degree of intensity, whether you like the pieces or not, they take over the space. 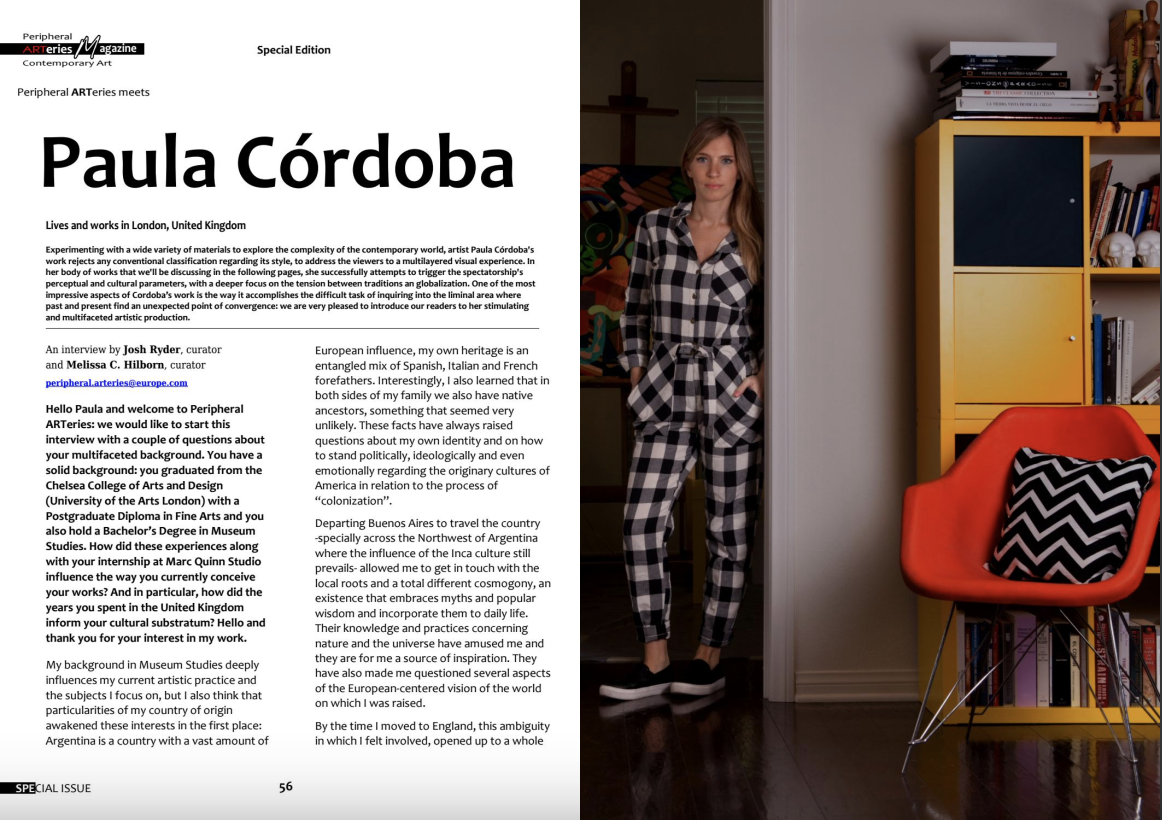 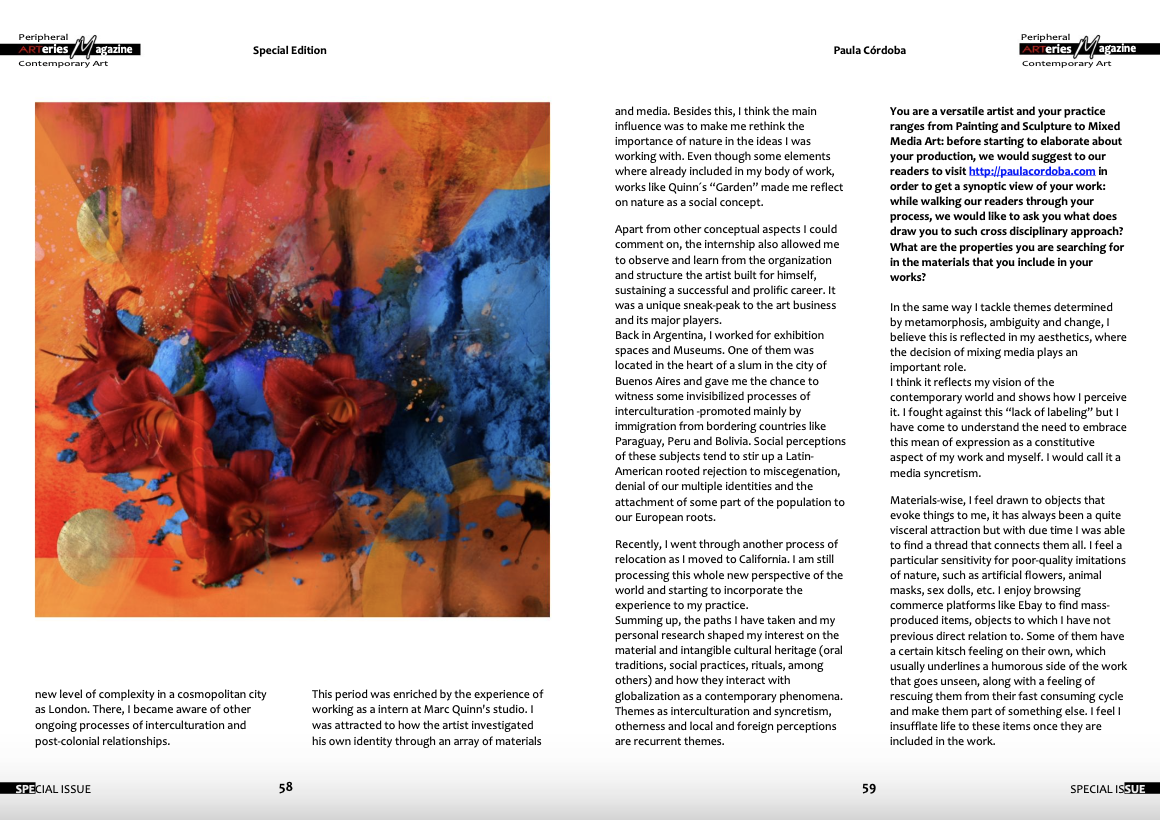